Micro Source was started by Henk Scholten in 1982 selling hardware and software.

In the early days of general accessible computing Micro Source was the best known Sinclair specialist in the Netherlands. In those days it was a "miracle" to be able to apply computers to a broad range of measuring tasks. Offering a range of add-ons to the Sinclair ZX81 and Sinclair Spectrum we had customers like ESA and all Dutch university hospitals.

In 1984 we created a serial interface for the Sinclair Spectrum with Viditel software. Viditel was the Videotex service operated by Dutch Telecom (PTT, now called KPN) This interface and software was sold and demonstrated in all shops of V&D department stores, and was also sold by Dixons and a lot of Dutch computer stores. At that time we also supplied other hardware to these stores. 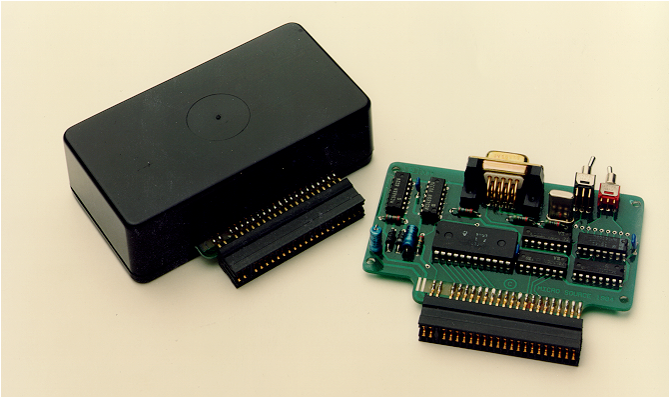 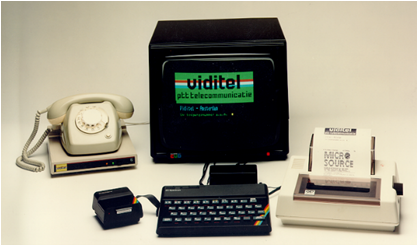 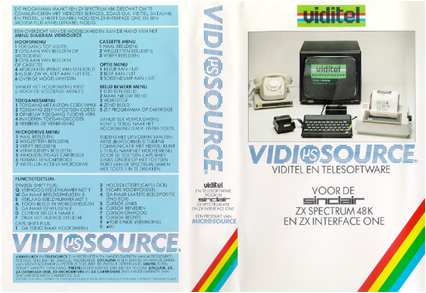 We also created a Sinclair Spectrum based Videotex server. So even from before the Internet became a public accesible service we offered on-line services.

We published articles in Sinclair Gebruiker magazine by LOI. For instance in februari 1985 an article was published on a Sinclair Spectrum controlled robotarm built with Fischertechnik. 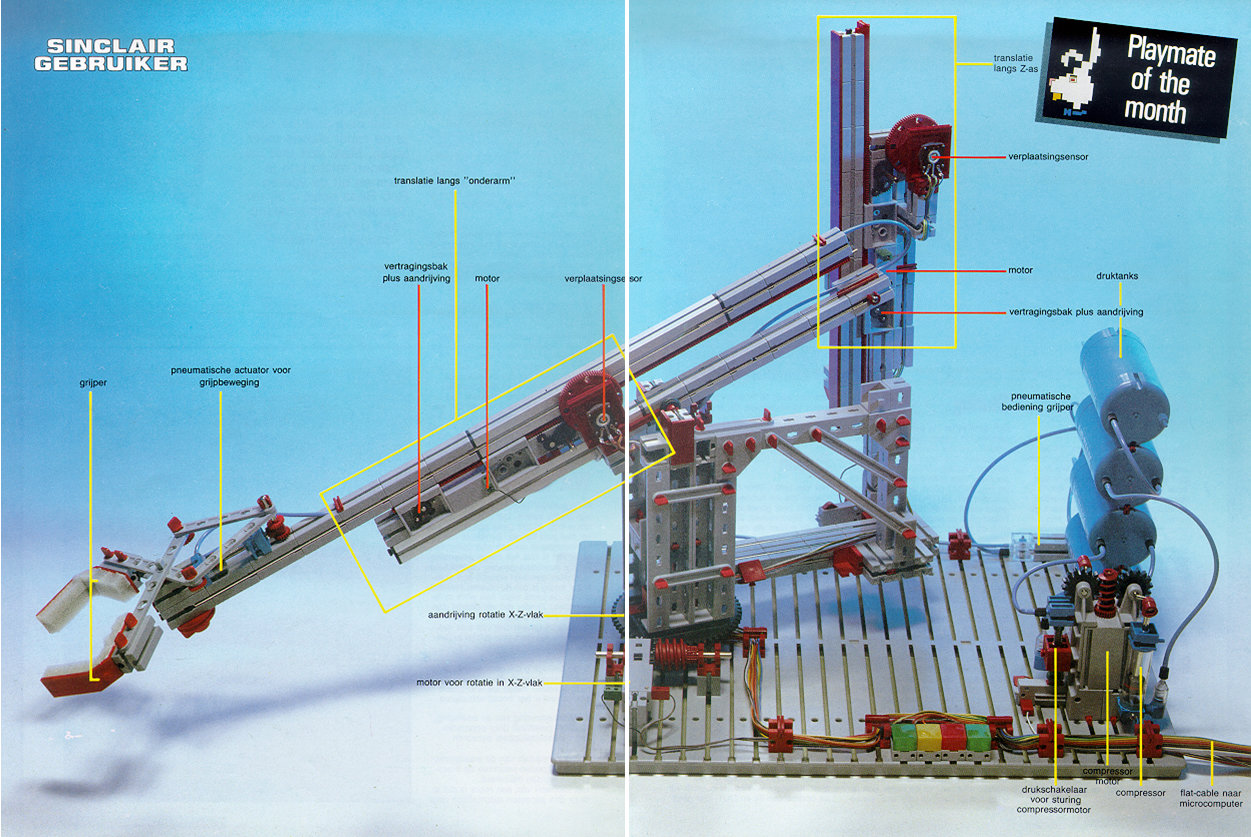 In 1985 we created a 1200/75 baud modem for Viditel and software to connect two Sinclair Spectrum computers through CB radio (27 MHz free band). This was demonstrated on the HCC fair in 1985. Henk Scholten is a fully licensed HAM radio operator. This translates in our current support for IoT radio links like LoRa and LTE-M. An article on this modem was published in Sinclair Gebruiker december 1985.

We created a universal I/O system called  "Mikrosysteem" and wrote a book on this subject that was published by Elektor. Mikrosysteem offered a universal interface for Elektor MCS-51 (8051) based micro controller board, ZX81, ZX Spectrum, Commodore 64, Acorn Electron and BBC, Atari ST and IBM-PC. 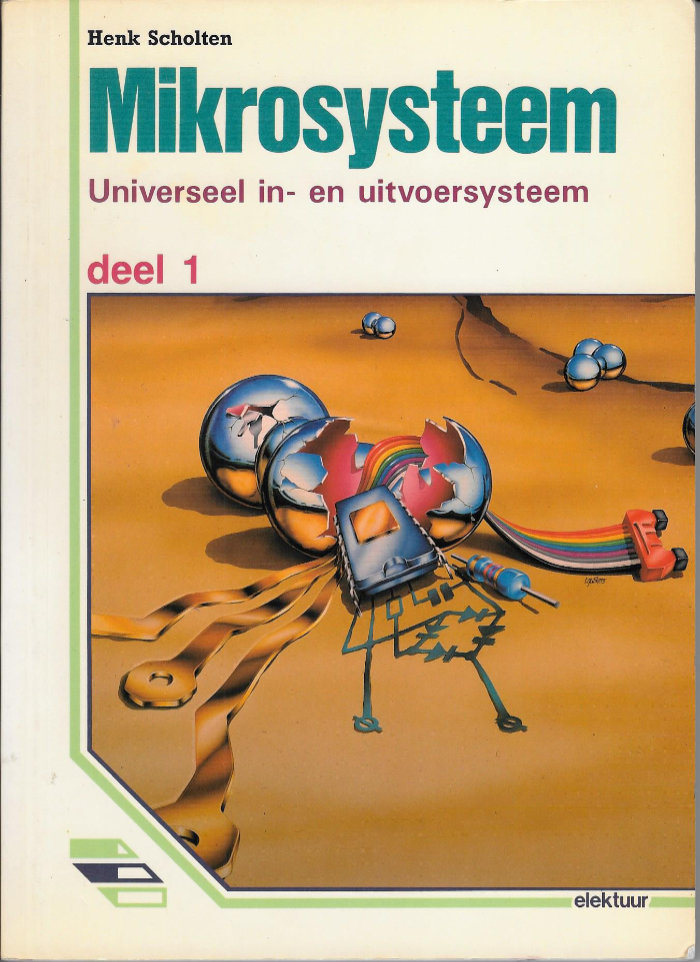 In 1994 Elektor published our book on Fuzzy Logic and PID control, this has also been translated into French. 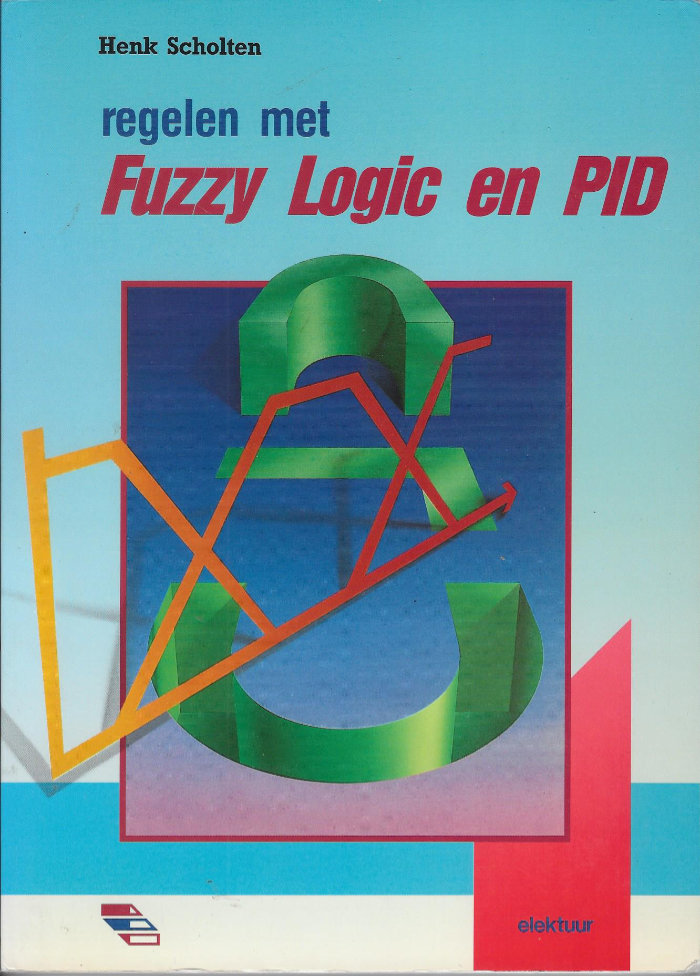 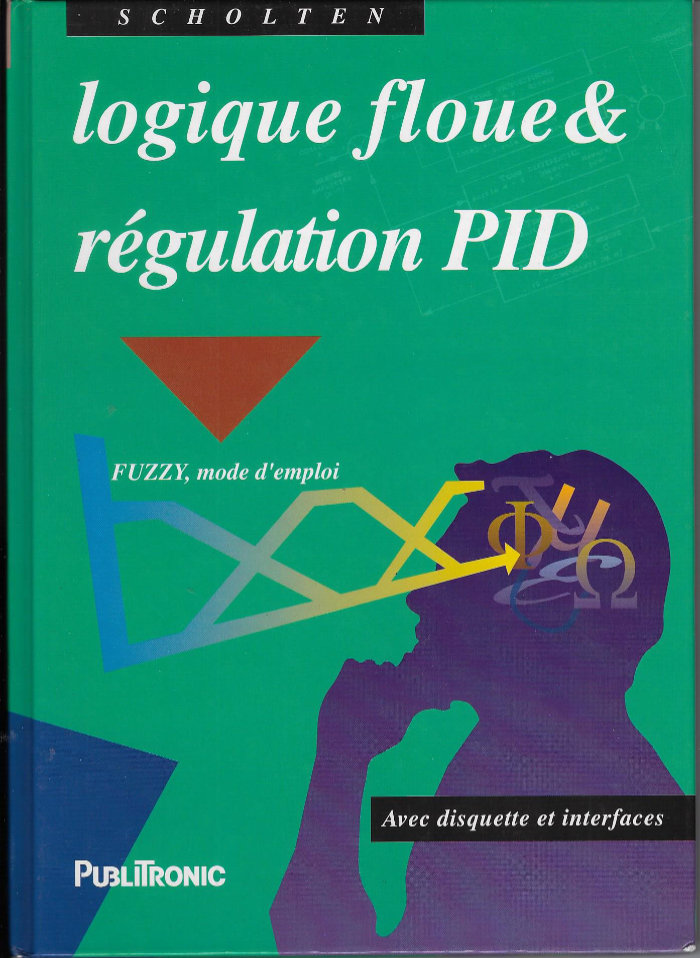 At the same time cover articles on Fuzzy Logic and an AutoRanging digital input card appeared in the Dutch, English, German and French Elektor magazine. 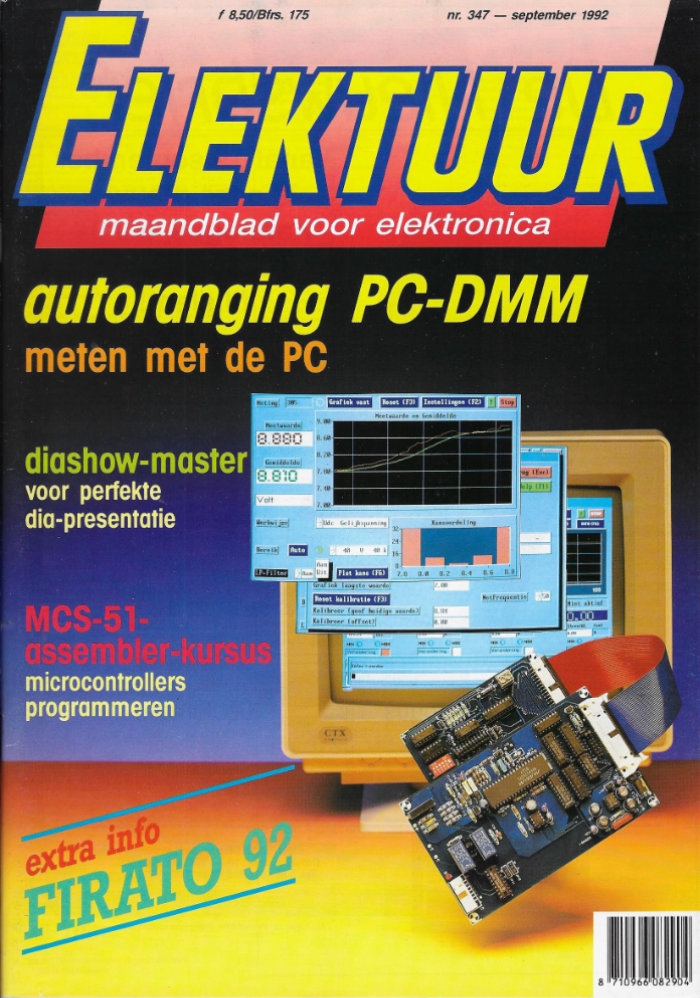 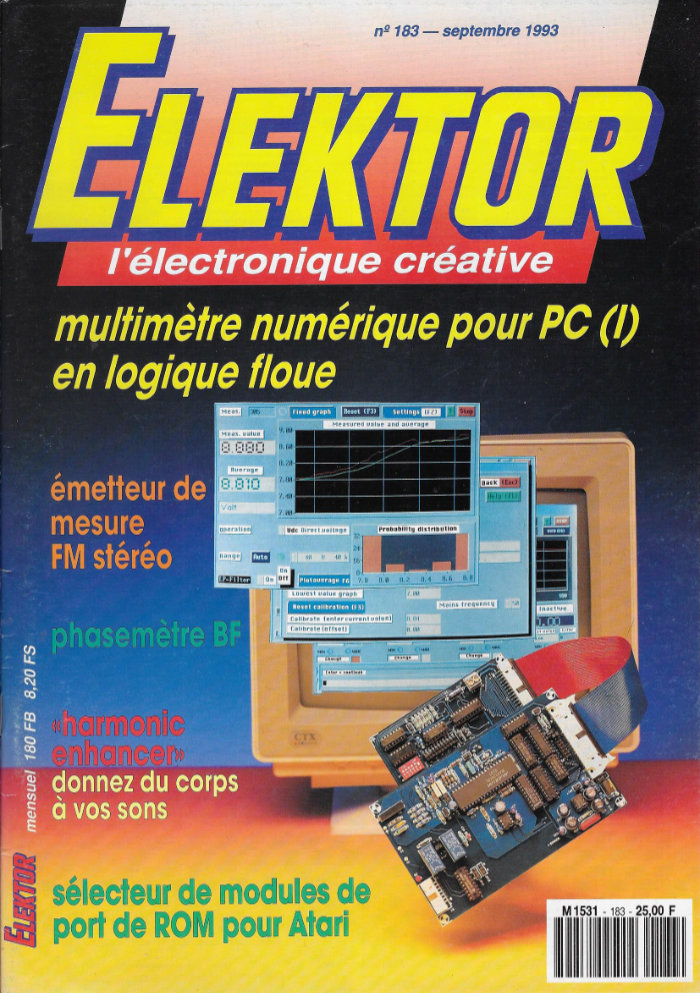 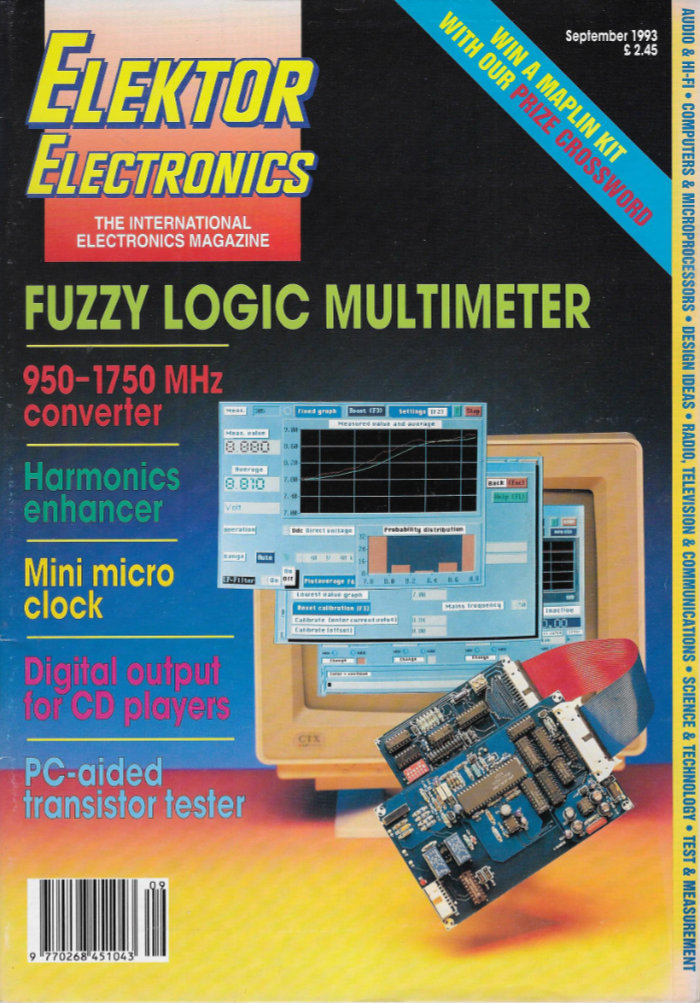 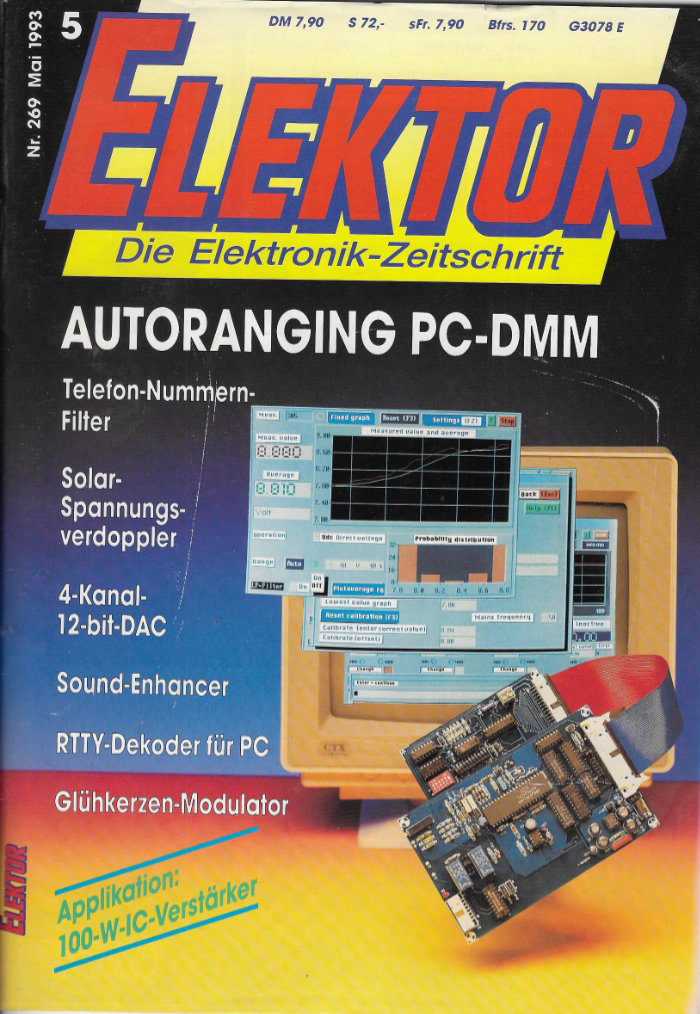 In 1993 the attention was shifted to Business Intelligence, starting with implementing and supporting software like Harvard Graphics. In 1999 Micro Source started specialising in selling and implementing the Applix TM1 multidimensional in-memory database. For this we started BI-Team BV which was a fully owned subsidary of Micro Source BV. This database system was bought by Cognos in 2007, half a year later Cognos was acquired by IBM and the Applix TM1 database became the core of the IBM Business Intelligence software. Our main BI customers were ABN-AMRO and NS-reizigers. But we supported many other companies like Heineken, BAT, Bacardi, ProLogis, Xycarb, NIBC, etc. After a while IBM took over the customers because they wanted to service the top-80 companies direct.

Henk Scholten published articles on BI in DataBase Magazine and presented on many BI conferences. 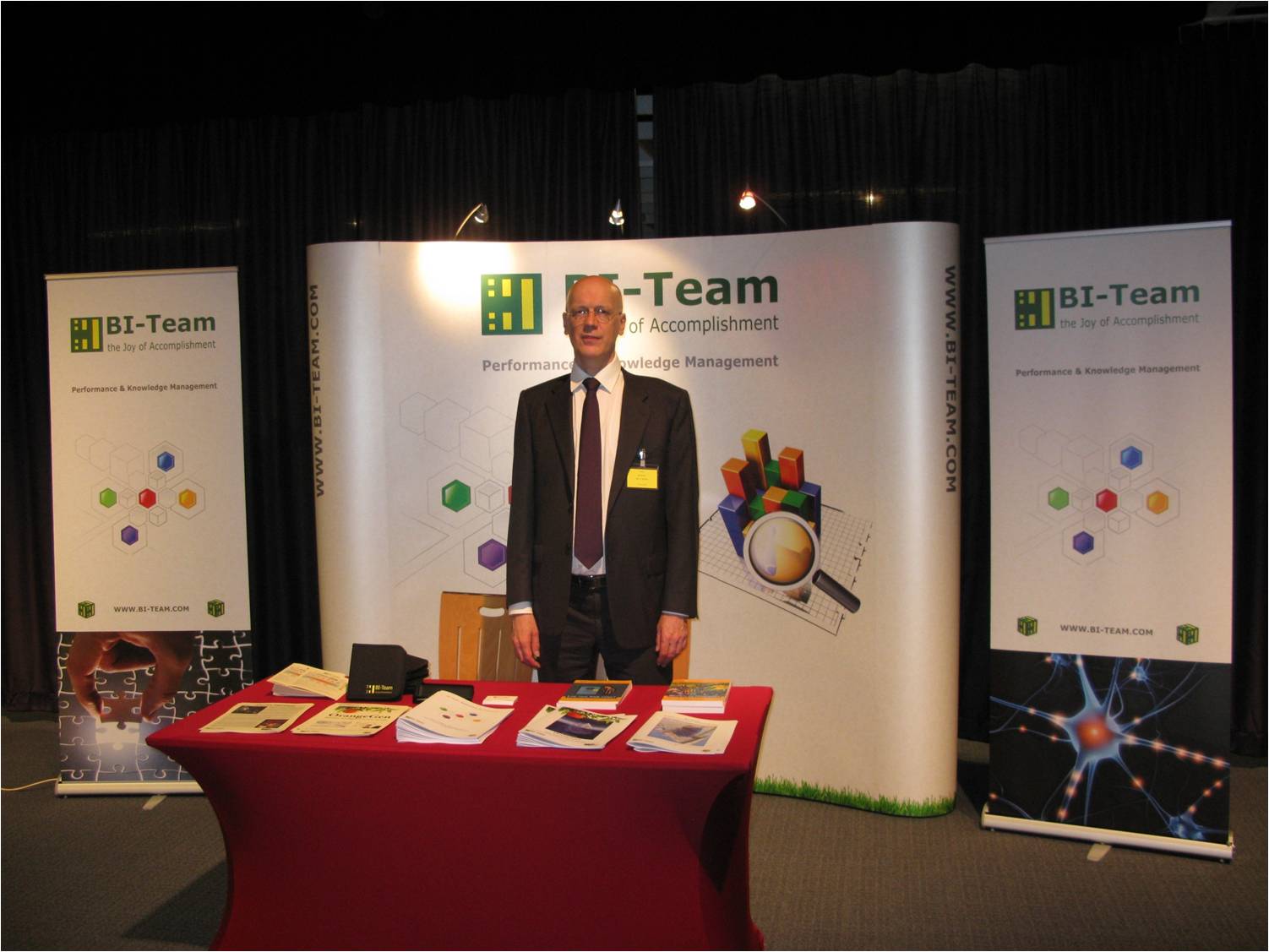 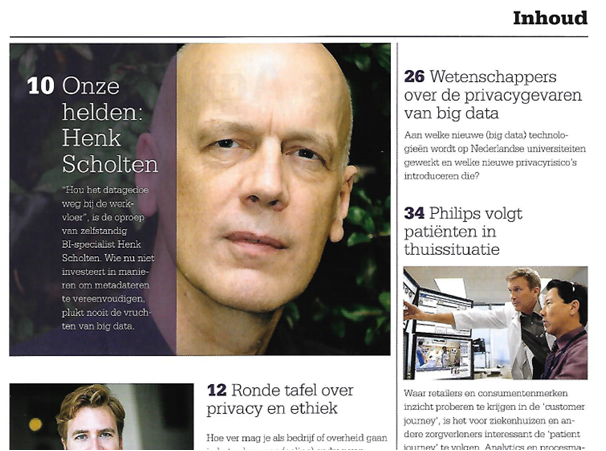 Micro Source / BI-Team focused from 2009 onwards on semantic technologies to support Meta Data and Process Mining as foundations of Business Intelligence. We supported Semantic MediaWiki and organised the Semantic-MediaWiki user conference SMWCon Fall 2010 with Open University in Amsterdam. The initiative to organise that conference in Amsterdam came from BI-Team, we involved Open University as the main organiser to the public to get maximal support.

In 2014 Micro Source shifted its attention back to hardware, this time focusing on Arduino and Raspberry Pi. Currently we support Internet of Things projects with emphasis on LoRa, NB-IOT and LTE-M radio technology. At the same time Henk Scholten is a certified Data Vault specialist and finished the Coursera data science on-line courses; Stanford University Machine Learning by Andrew Ng, Johns Hopkins Data Science and TU Eindhoven Process Mining. In 2019 he finished the LoRaWAN Academy training and also acquired the ATEX diploma: IECex 000 + 001 + 002 + 003. In 2020 he finished a course on designing Intrinsically Safe (IS) hardware. In 2021 he acquired the edX/HarvardX Tiny Machine Learning (TinyML) professional certificate and Coursera Introduction to Embedded Machine Learning. Together with the Machine Learning course by Andrew Ng this provides a strong foundation for applying TensorFlow/TinyML (Neural Network based Machine Learning) on microcontrollers. 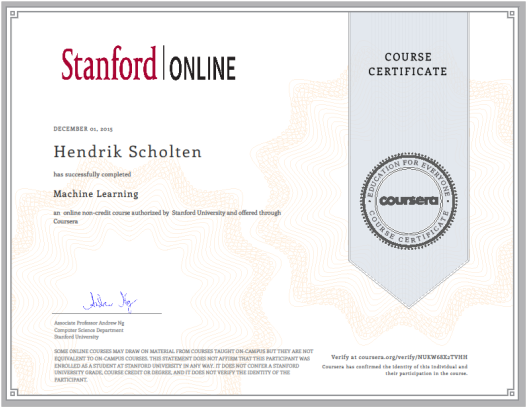 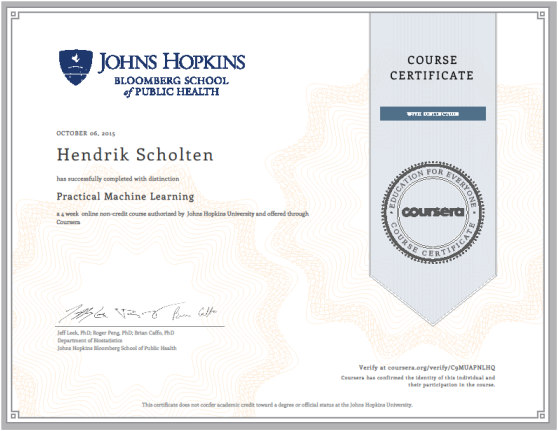 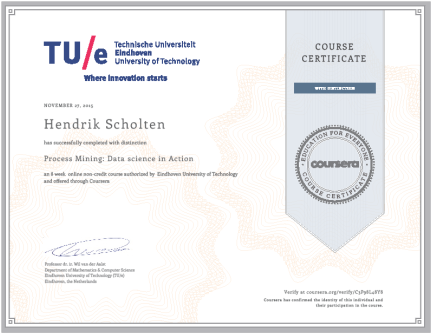 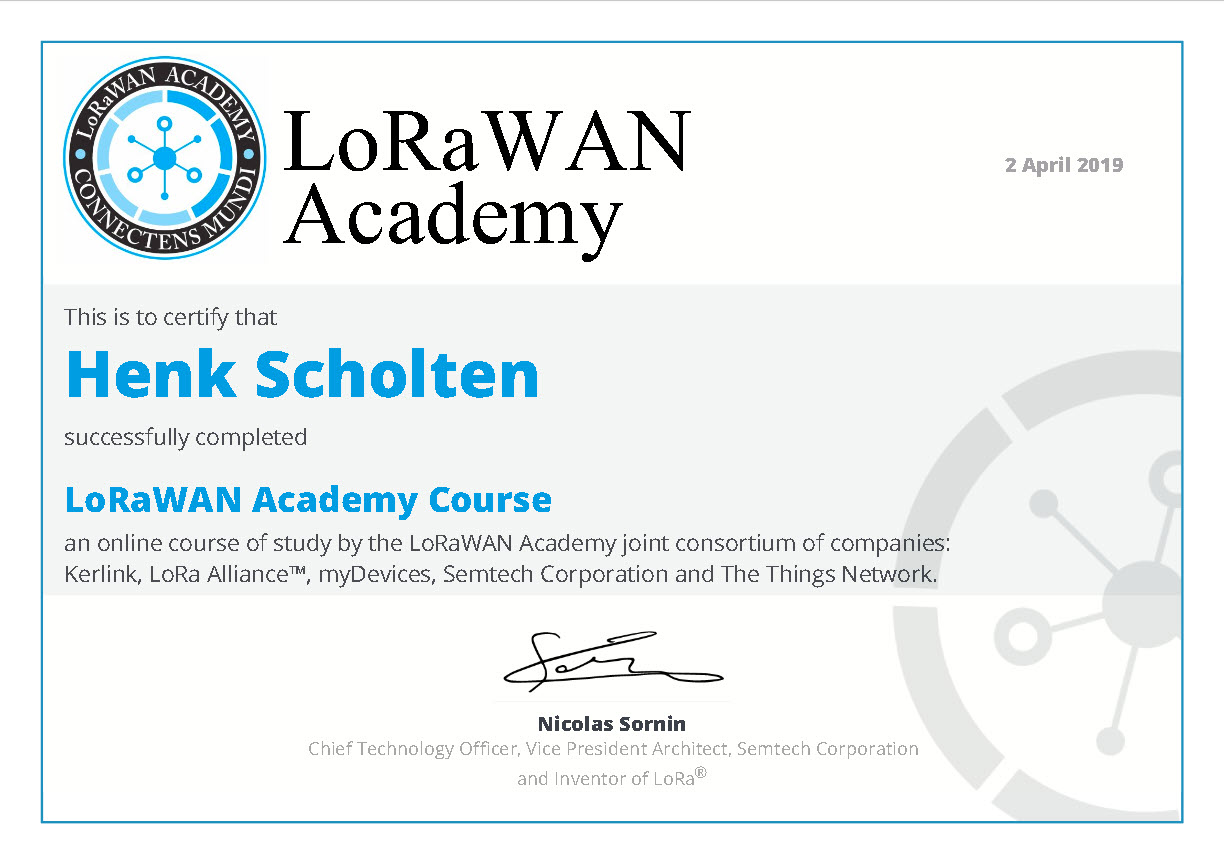 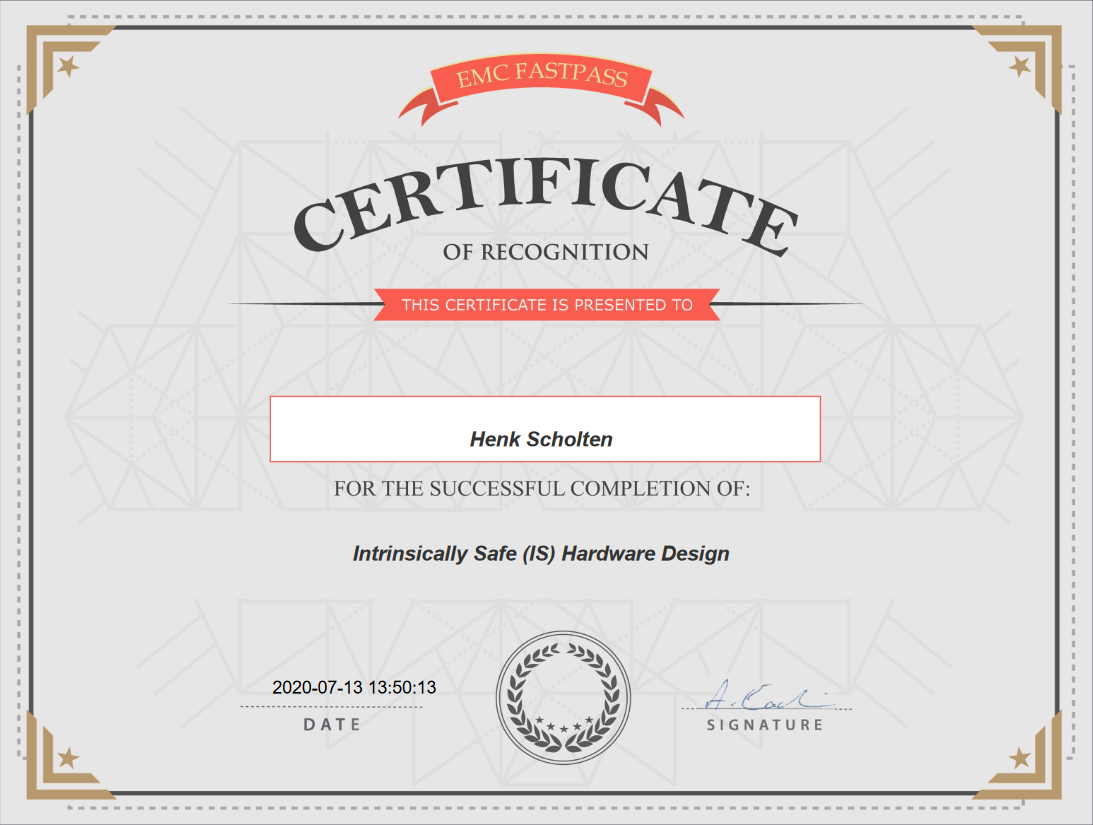 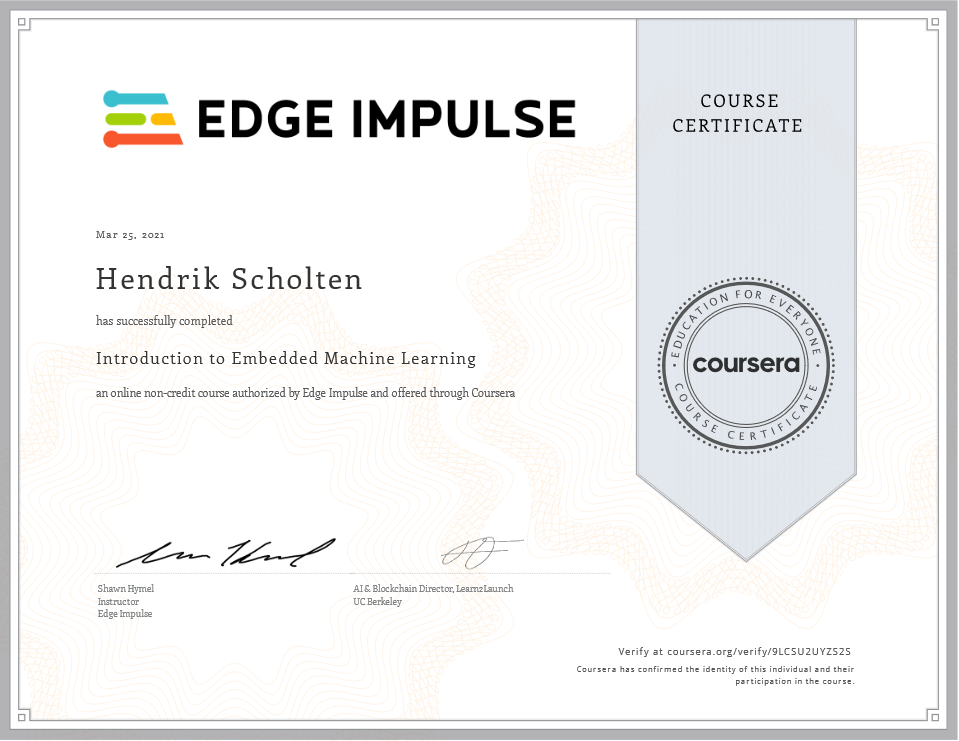 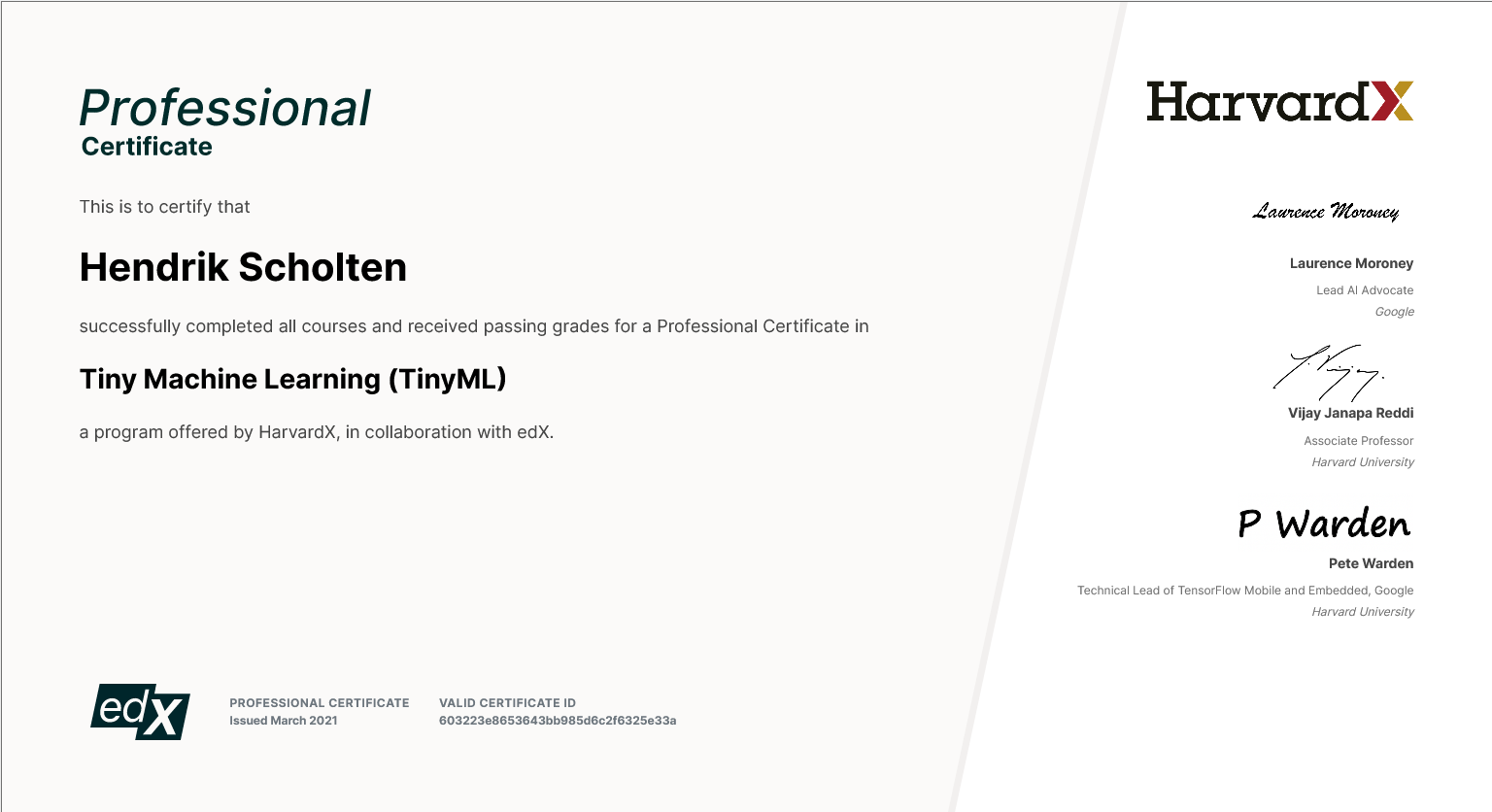